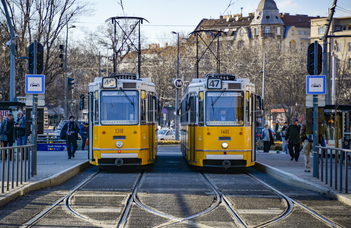 Taking the tram may be a genuine alternative to hop-on hop-off tourist buses. We explain what you can see from No. 2. and No. 47/49.

Like other big cities, Budapest is built up by a complex public transportation network which helps people easily get from one point to another. For non-locals it can be confusing or even difficult at first to get around, not knowing which route is the best for reaching their destination. That’s one of the advantages of being an ELTE IBE student: one can approach the university in numerous ways, as it is located in the heart of Budapest. There are plenty bus, tram and metro stations within walking distance from campus. Though the underground is usually the fastest choice of traveling, we should not forget about our alternative options. An average person spends approximately an hour or more commuting a day, so why not make the long journey enjoyable? We should get the best out of our time and spend it to explore the treasures the city holds for us. We can do so by taking a ride with the following trams, which function almost like hop-on hop-off buses, with historical monuments and touristic attractions at almost all of their stations.

Tram 2 is one of the most spectacular ways of transformation in Budapest as it running alongside the Danube, the river that separates the city to Buda and Pest parts. It offers its passengers a picturesque scenery of the bank, Gellért Hill, Buda Castle and much more, which are all part of the UNESCO World Heritage. With this ride you can visit MÜPA (Palace of Arts) offering exhibitions, theatrical plays and concerts, wander in the National Theater’s remarkable park featuring a ship-like fountain and labyrinth, and hope to see celebrities at Gresham Palace, the luxury hotel managed by Four Seasons Hotels.

Kossuth Lajos tér is considered as an all-time favourite destination of tram 2 to many people, thanks to the Neo-Gothic Parliament building, the true jewel of the square. The huge building – called in Hungarian ’House of the Country’ – provides a breathtaking sight in every hour of the day. It is open for the curious individuals: guided tours are available for those interested in the interior design or the Holy Crown of Hungary. Just a few meters away from the square is Shoes on the Danube Bank, a Holocaust memorial honouring the Jews who were killed in Budapest during World War II. 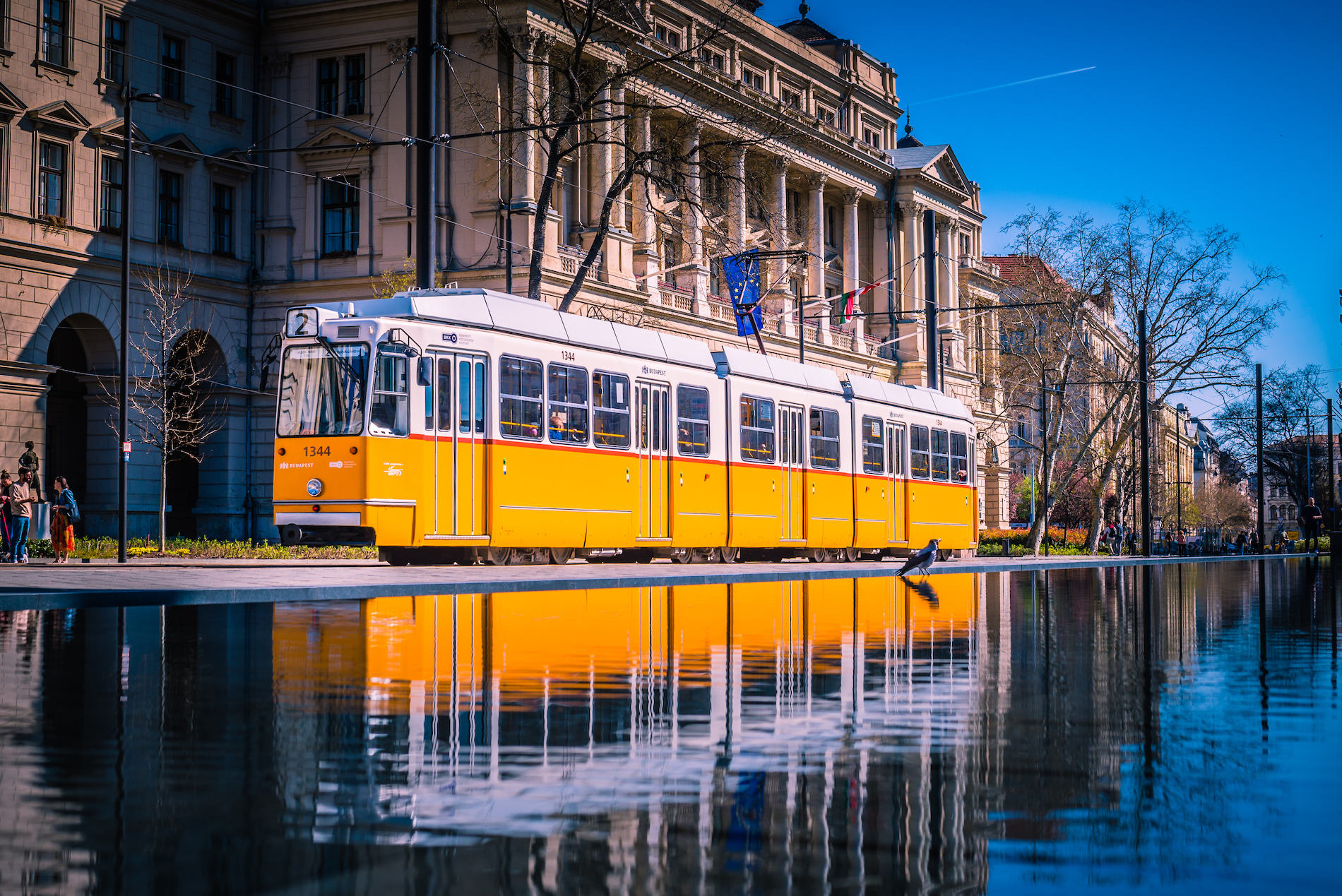 Both of these vehicles run on almost the same route beginning from the center of Pest, crossing the Danube on Szabadsághíd bridge and continuing their journeys to the outskirts of Buda. During the ride they stop at several central squares with lively athmosphere.

Deák Ferenc tér is often referred to as the heart of Budapest as it belongs to the most touristic and beloved spots of the city. This place is always buzzing from the cheerful crowds from all over the world. People can enjoy a spectacular view of the city from the top of the Budapest Eye, our own giant ferris wheel. Others go shopping on Fashion Street, some like to relax and enjoy the sunshine in the green park, and the fans of architecture can easily reach the neighbouring attraction, St. Stephen’s Basilica and admire the biggest church of Budapest.

Astoria is the stop you’ll know by heart, as it is the station of the IBE campus. Here you can find plenty of bakeries, fast food restaurants, cafés and grocery stores to ensure you with all the necessities of getting through a long day in university.

Fővám tér is where tram 2 meets tram 47 and 49, and also the square where Központi Vásárcsarnok was built in 1897 as the biggest market hall of Budapest. In 2013 CNN Travel chose it as the no. 1 market hall of Europe, and it hasn’t lost its popularity among the locals and tourists ever since. All types of goods can be found here from high quality folk arts and crafts, souvenirs and fresh produces to the typical Hungarian lángos (Fladen, for German speakers) – a deep fried dough served with sour cream and cheese. People can participate in a guided tour which introduces them the wide variety of sausages, hams and salamis. One thing is sure, you can’t leave here with empty hands or an empty stomach!

Móricz Zsigmond körtér is our final station, the home to many smaller pubs, which only await for you to discover them. They might be hard to find - in many cases you will need to look for them in basements too – but they are definitely worth your effort as they will grant you an unforgettable time! They are cozy, bohemian, playful, creative: you’ll surely find one for your own taste! 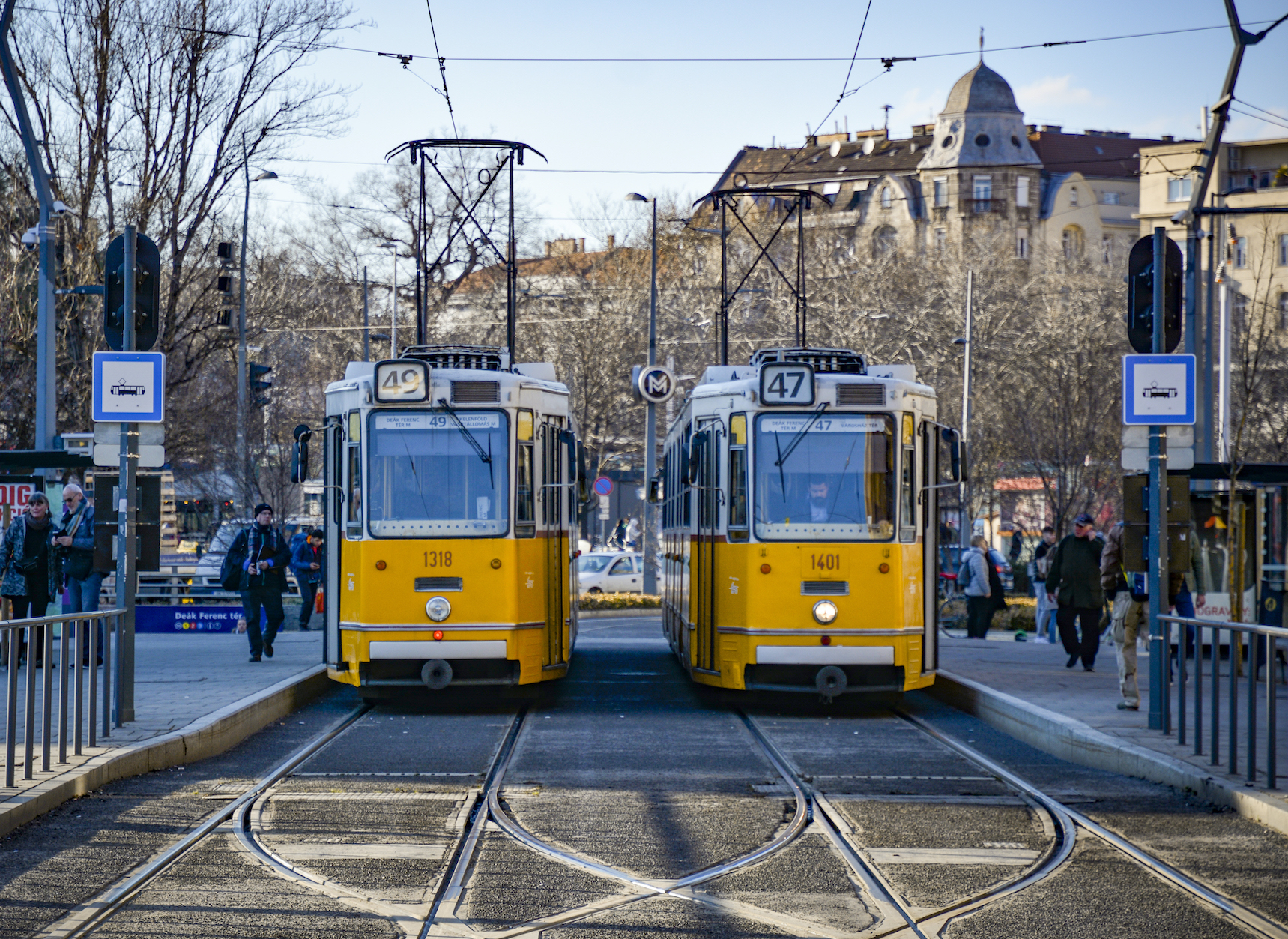